Dogs can be extremely strong-willed animals, and sometimes they randomly choose a human to be their master and won’t take no for an answer- even if that human is in the middle of running a marathon.

But when little Gobi set her sights on runner Dion Leonard while he competed in the 155-mile 4 Deserts Gobi March China she showed her allegiance by running the rest of the race with Dion.

“On Day 2, I was at the start line for the race stage and she was standing next to me looking up at me,” Leonard told The Dodo. “I thought to myself this little dog isn’t going to last very long at my side as we raced off, but she ended up running the whole day and 23 miles distance.” 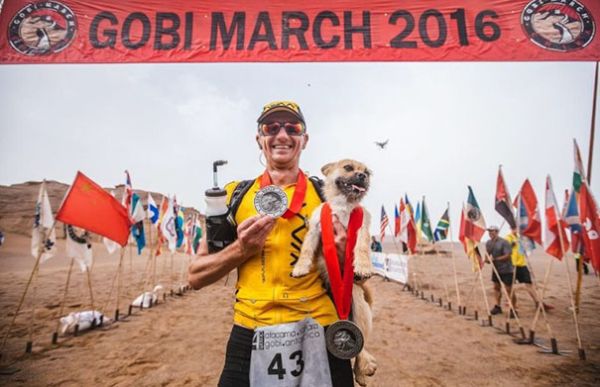 Gobi continued to run with Dion when she could, and rode in style with the race organizers when weather conditions got too bad, but through it all she proved that her mind was made up.

So of course Dion had to adopt her, even though it was a royal pain in the neck to bring a Chinese dog into Scotland, but as he said “Gobi picked me to be her pal for life”. 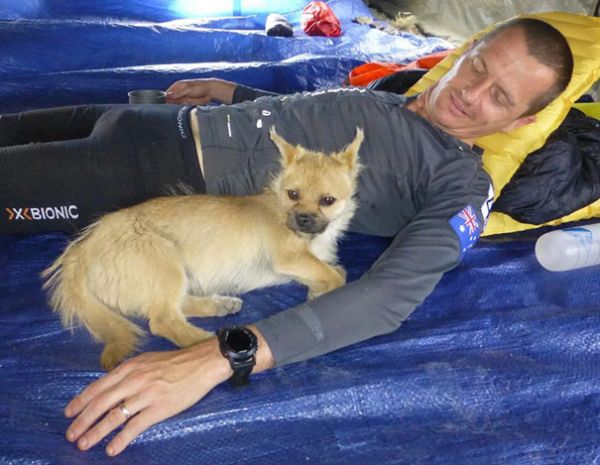 RSU Women’s Golf Concludes Season With Final Round of...