Reprinted with permission from The Daddy Diaries.

Last night, after we had finished our chores, dinner and homework, we sat down in the living room to watch a little television together, as a family, before the girls went to bed. With all the kids activities, school, work, riding horses and having a toddler, like most families, time spent at home just chilling out is pretty hard to come by. Sometimes its damn near impossible. And then, even when we do find some time to all be together, we are governed by Gracee’s moods. If she is in a good mood, she squeals and coos and goo-goos at the top of her freakin’ lungs. If she is in a bad mood, she screams and cries and bitches at the top of her lungs. Either way, she’s a noisy little brat. So, unless she is sleeping, very, very sleepy, or eating, we don’t get much silence. This makes watching a television show pretty difficult, indeed. 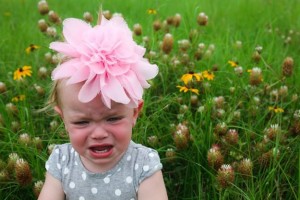 I have personally never been a TV “watcher”. I don’t have a favorite show that I just HAVE to watch, and I never have. I am repulsed by reality television, which dominates television now, anyways. So not watching television only becomes easier. I am a sports fan of epic proportions, though, so my television, when it’s left up to me, is dominated by ESPN and Fox Sports. However, in the last few years, I have learned to just keep up with the scores on my phone, because ESPN isn’t terribly popular in a house full of girls. I have had to learn to adjust to a lot of Nickelodeon, Cartoon Network and Disney channel playing in our house, all the time. On a side note, cartoons, these days, are SO weird….but I guess that’s still better than some of the alternatives that are out there for them to watch, which is kind of the point of my rant, today.

Needless to say, it is pretty hard to find a show that we all like, that is appropriate for everyone to watch. I have come to enjoy watching Sons of Anarchy every week, with April, but I hardly think that we can have Emma and Abby in there watching with us, when they are shooting people in the face, lighting live people on fire, saying things that almost make ME blush, and drowning a dude in a bathtub full of pee…..although that was SO freakin’ awesome. But those shows are, obviously, watched well after the girls have gone to bed.

It’s bad enough, having to answer awkward questions from them, stemming just from COMMERCIALS, much less actual television shows. Let me tell you this….there are very few things that can make a dad feel more uncomfortable, than having the television on in the living room, and a commercial come on for Viagra or Cialis (“Stoney, what’s an erection”), Valtrex (“Stoney, what’s a herpe”), Herbal Essence Shampoo (“Stoney, why was that lady moaning like that”)?, or Enzyte Male Enhancement Pills (“Stoney, why is that guy smiling so goofy”)? And don’t even get me started on the commercial advertising a mass lawsuit against the makers of a vaginal mesh. Abby looked straight over at me, and was met with the palm of my hand, “Don’t even ask…….I have no idea what that is”. 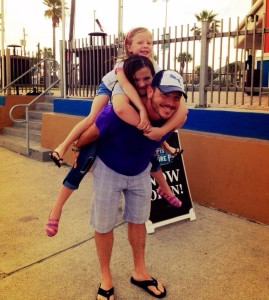 Hell, even commercials for tampons and other feminine products can create a conversation that makes me break out in a sweat. I’d rather have hemorrhoids than discuss feminine hygiene with either one of them. Emma once said, “Stoney, what’s a period”. I responded, very quickly, “It comes at the end of the sentence”. To which she replied, “No, like they talk about on TV, when they say ‘I have an extra heavy period’, what’s that”? To which I replied, “That comes at the end of a really long sentence”. Conversation: OVER. **Footnote- I have never actually had a hemorrhoid, but it seems like something that I would not enjoy. At all. 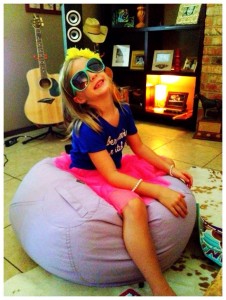 Anyways, back to the original point of my post. As we sat down last night to watch some television, we first landed on ABC Family. Surely, on a self-proclaimed “Family” channel, we wouldn’t see, or hear, anything that we would be too uncomfortable watching with the girls, right? WRONG. There were just as many swear words on the “Family” channel, it seemed, as the regular channels.

Now, don’t get me wrong. If you read my posts very often, you’ve obviously found that my mouth ain’t exactly pure as the driven snow. I write exactly how I talk, and when I talk, curse words tend to come out. But that doesn’t mean that I want to sit here and let the girls watch things on television that say extremely inappropriate things. April has done a very good job with the girls, and they know what the “bad words” are, and they know not to say them. In over 3 years with them, I have yet to hear them say one single bad word, between them. Emma did tell us once that she was “writing a song”, but said she only had one word, so far. Then she said, “Stoney, what word rhymes with ‘wussy”? But that’s about as close to anything like that I have had to deal with. And that was freakin’ funny as hell.

After the “Family” channel, we chose to try out a new sitcom. It’s supposed to be a quality show. Good grief. Within a couple of minutes, we heard a little kid, probably 9 years old, cussing like an adult, we heard him talking about his “Johnson hanging out”, and many other things that just had April and I scratching our heads. Again, not horrible, I guess, but also not what we were expecting to hear with the girls sitting right there with us. So, we changed that channel, as well, and just put it on a documentary that we KNEW was appropriate for them. And then, they went to their rooms, because they were bored, because what little kid wants to watch a documentary? Unfortunately, it’s almost to the point that if we don’t watch Nickelodeon or Disney, or that stupid Ninjago Lego cartoon, that there is nothing left for us to watch.

Actually, I may have just come up with a better plan. Right this second, as I was writing this, it came to me. I think I will gradually begin working ESPN into what they watch, just for short time periods, at first. Then, make the time a little longer each day, until I have them all desensitized to the telltale “ndunt dunt duh”! of SportsCenter. (Admit it, if you watch a lot of ESPN, you know EXACTLY the noise I just made, and you did it in your head. Maybe even out loud.) Or, maybe I’ll start playing that noise to them in their sleep, to subliminally implant it into their feminine little brains. Besides, it’s important for them to learn more about zone defense vs. man-to-man, or a 6-4-3 Double Play.

Oh, yes. This is going to work magically. Please, do not mention this to them, if you don’t mind. There is a very good chance that they won’t read this, because it’s a long post. They prefer my posts to be one paragraph, or shorter. Besides, they get to hear me ramble off my nonsense all day long, every day, and you folks only get a tiny little dose of what it’s like to be around me all the time. But just to be sure they don’t read it, I’m going to say to them, “Hey, girls….don’t bother reading my post today. It’s REALLY long and boring. It’s about math”. THAT should definitely keep them away. And they’ll believe it, because I LOVE math.

This is friggin’ brilliant. I can’t imagine what has taken me so long to think of this. How incredibly manipulative that is, of me. I really AM turning out to be a decent parent, after all. I’ll let everyone know how it goes.

-by Stoney Stamper, The Daddy Diaries