I love clothes. I have WAY too many. I love fashion. I love to wear funky things that other people wouldn’t, or maybe sometimes, shouldn’t. And if you knew my granddad, you know that he wasn’t scared to wear some…questionable attire, as well. Some were cool. Some were funky. And some were downright painful and gaudy. But they were all completely and authentically “him”.

But of all of his clothes, his jackets are my favorite. He has some of the coolest sport jackets that you’ll ever find. Jackets of every color, every design. Some of them are 50, 60 years old. I wore my favorite when April and I got married. 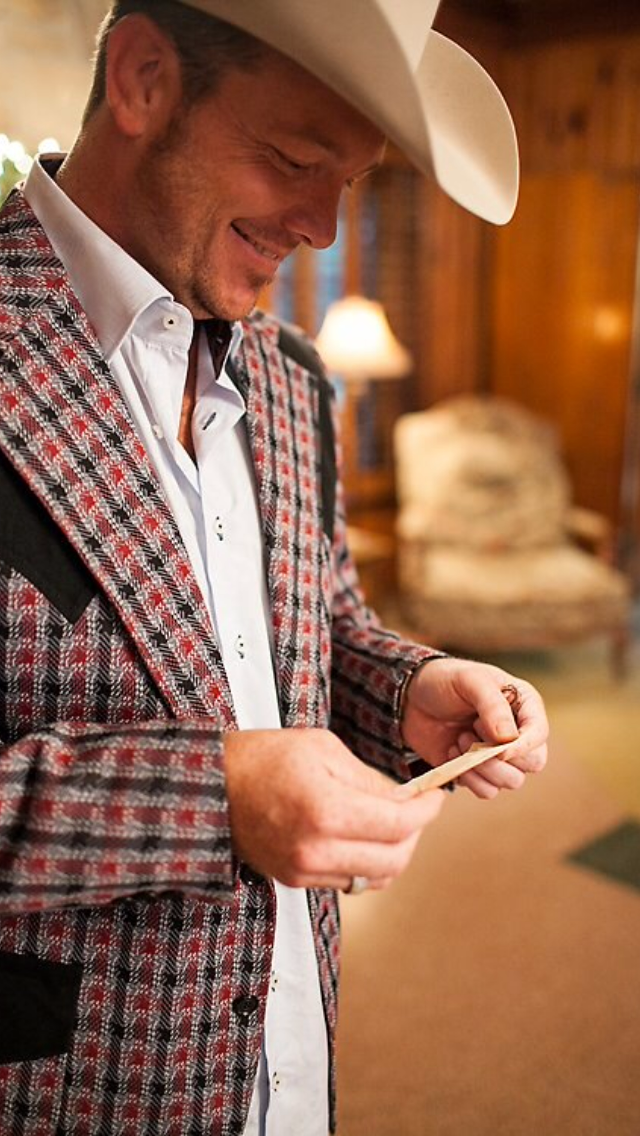 But when Papa passed away a few weeks ago, I began to think about what I wanted to wear to his funeral. It had to be something that would fit the occasion. His favorite color was bright red. He never drove a truck that wasn’t bright red and covered in chrome. So I knew I had to have something that was cherry red. I looked for some red neckties but didn’t really find anything I liked. But then I thought about the museum worthy wardrobe sitting in my papa’s closet. And I knew just the jacket that I wanted. 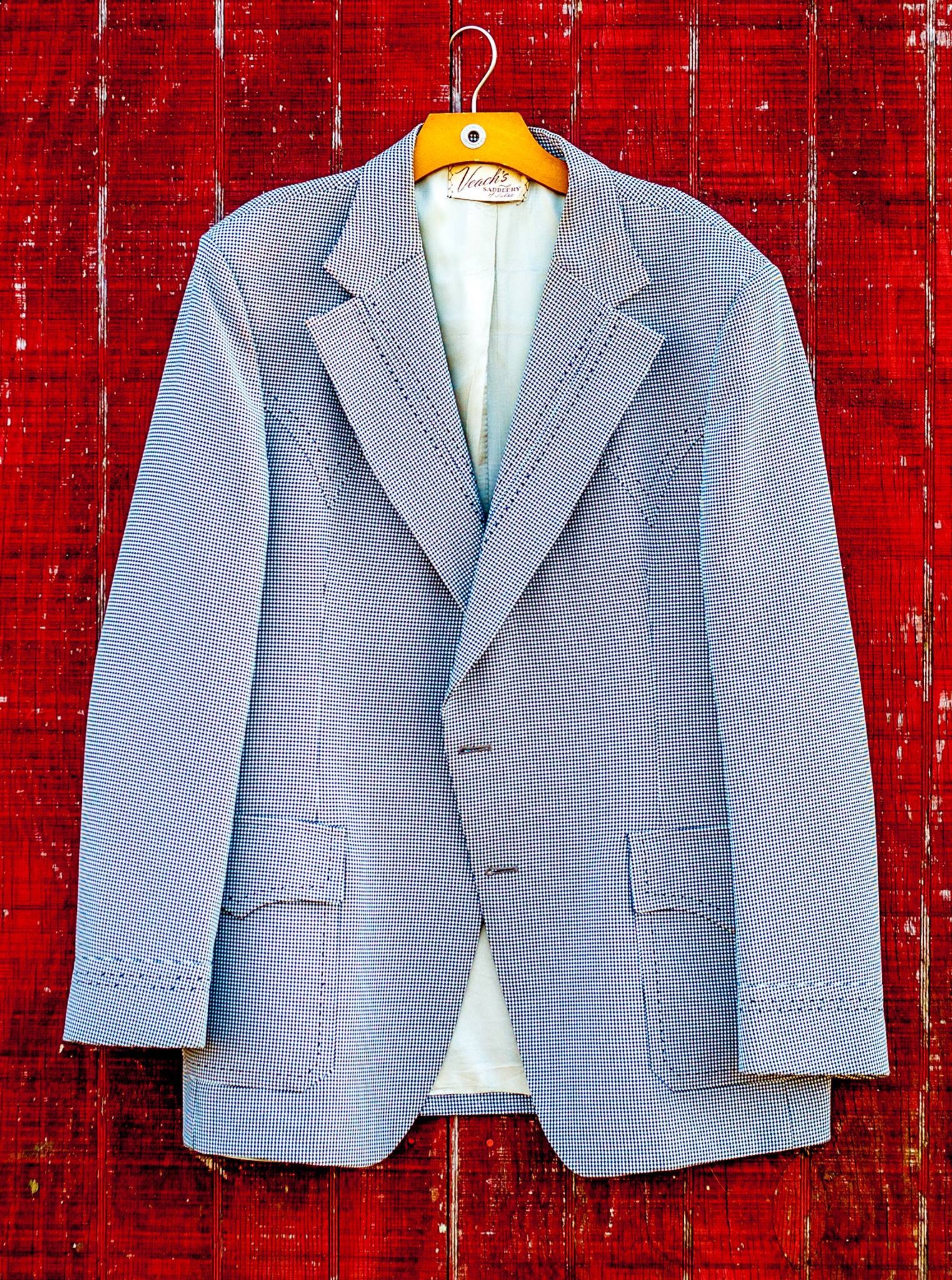 Black and white houndstooth, custom made by Veach’s Saddlery who knows how many years ago.

So when I made it back to the ranch last weekend, I went in his house, and into the closet, and there it was. Just as cool as ever. And laying on his desk was a bright red tie, like it had been laid out for me.

Papa and I were the same size, well we WERE the same size before he started shrinking, so it was a perfect fit. And just like that, I had my outfit.

There was only one problem…it stunk. No one has been living in his house for several months now. It’s a bit…musty. And then on top of that, there was a gas leak and so the house was just a bit “skunky.” But I didn’t care. Some Febreze and some Jo Malone cologne should fix it right up, right? Wrong. It worked for a little bit, but the bad smell beat out the good smell. It stinks. I toughed it out at the funeral because it looked cool, but now it’s at my house, and it still stinks.

Is that weird? Creepy? Maybe a little. Maybe the weird smell will just eventually go away on its own.

Man, I hope so. Cuz it stinks. 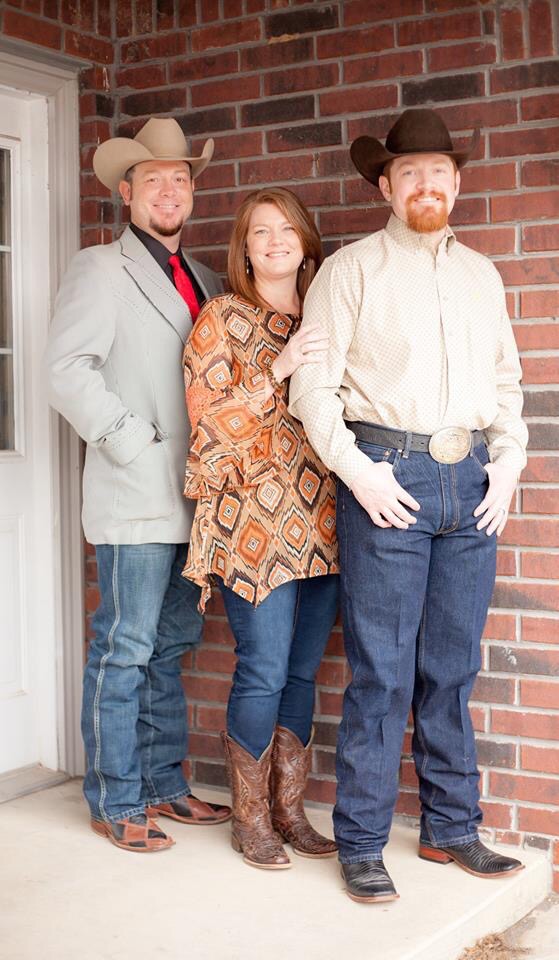 Previous articleDear Mom of the Tantruming Toddler in Target
Next articleClaremore: EnterTRAINment Capital of Oklahoma

Things to Do in Claremore this July

Election Day is Here! Polls are open until 7...

City of Claremore to Host Fireworks Spectacular and Fishing...