Top 10 Things I’ve Learned as a Dad of Daughters

2) Sugar and spice and everything nice? No. Girls stink, too.

3) It’s ok to say no. Contrary to popular belief, they will not actually explode. But they will pout, grumble, and bitch. It’s ok, they’ll forget about it in an hour or so. 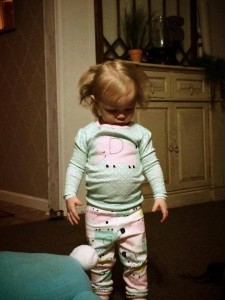 4) The human female learns at a very early age to bat their eyelashes, smile and give kisses to manipulate the male into doing anything they want him to do. It’s like voodoo magic. 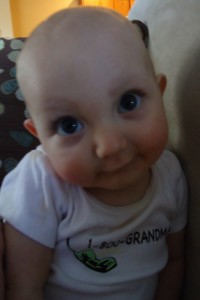 5) Raisins, when swallowed whole, will rehydrate in your baby daughters belly. Thus, turning back into grapes.  She will poop out whole frigging grapes. You will have nightmares. 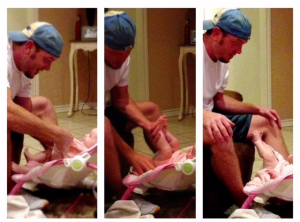 6) Science has said that the call of the blue whale is the loudest noise on earth. This is false. Those scientists have never been around Gracee when she was hungry. 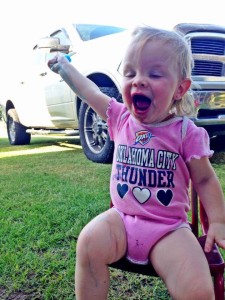 7) The dried Fruity Pebble is actually the worlds strongest compound. If a Fruity Pebble dries onto a bowl, plate or spoon, this item should be immediately thrown away. Otherwise, you should just plan on using the item with what appears to be a gross, red booger on it for the rest of all forever. 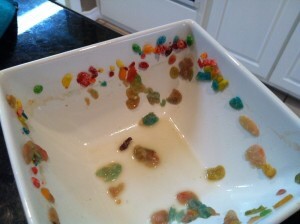 8) Eye rolling is a completely natural phenomenon in the human female. It starts at birth and progresses. This really has nothing to do with girls. It’s just a fact. 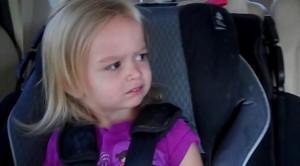 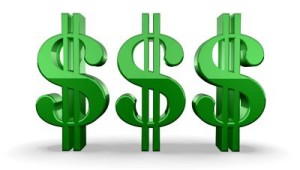 10) It’s the most fun you’ll ever have. They’ll make you laugh, cry, angry, and feel really really dirty.